RRAM-Info is a news hub and knowledge center for Resistive RAM technologies.

Resistive RAM is a non-volatile computer memory that uses materials that change their resistance - or memristors. RRAM is still in its early stages, but it may enable fast, efficient and small memory chips 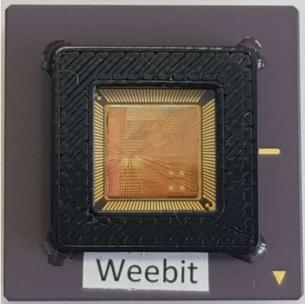 This is the first tape-out of Weebit's technology to a production fabrication. The technology will be available on SkyWater’s 130nm CMOS process, which is suitable for applications such as analog, power management, automotive, IoT and medical. Weebit says that its chips are designed with unique patent-pending analog and digital smart circuitry running smart algorithms, thereby significantly enhancing the memory array’s technical parameters

CrossBar announced that its RRAM memory technology is inherently resistant to physical hacking targeting sensitive information and data stored in memory. This could lead to new applications where resistance to reverse engineering and physical attacks are essential requirements of the system. 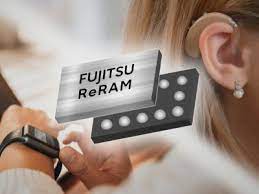 The MB85AS12MT offers a small package size (2mmx3mm) and a low level of average read current (0.15mA). Fujitsu targets applications in wearable devices such as hearing aids and smart watches.

Israel-based RRAM developer Weebit Nano announced that together with CEA-Leti iit has demonstrated its first operational crossbar arrays that combine its ReRAM technology with a selector.

Weebit says that that is is a key milestone on the company's path to creating standalone memory chips. The company's RRAM crossbar arrays were developed using a 1S1R (one selector one resistor) architecture to enable the higher density needed for discrete chips. Weebit's arrays can be stacked in 3D layers to deliver higher densities. 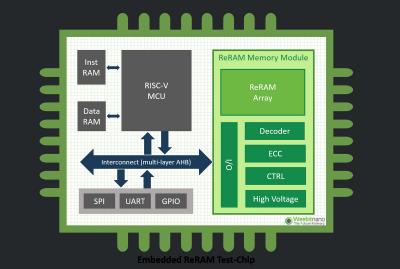 These highly integrated chips will be used for testing, characterization and demonstration to potential customers. Weebit also updates that the transfer of the company's embedded ReRAM technology to SkyWater Technology's production fab is progressing on schedule.

The company provided shares at $2.84 AUD per share, which represents a 11.5% discount to the last closing price on 8 November 2021.

CrossBar says that its partners are now starting to use its RRAM memory technology for few-time programmable (FTP) and one-time-programmable (OTP) NVM applications. This is in addition to CrossBar's "traditional" MTP non-volatile memory and PUF security applications.

CrossBar says that this new applications demand can be met with its current technology, but the company also offers to optimize its RRAM for FTP and OTP applications, which will significantly increase memory density and reduce the cost.

Israel-based RRAM developer Weebit Nano announced that together with its partner CEA-Leti, it has demonstrated production-level parameters of its RRAM technology in a 28nm process.

The company says that it has tested, characterized and measured functional 1 Megabit (Mb) ReRAM arrays in a 28nm process technology on 300mm wafers. The testing demonstrated the robustness of Weebit's ReRAM technology with results showing very good endurance and data retention alongside other production-level quality parameters.

RRAM developer CrossBar announced (in July 2021) a new application of its RRAM technology for use as a physical unclonable function (PUF) in order to generate cryptographic keys in secure computing applications.

CrossBar's RRAM has been historically utilized as non-volatile semiconductor memory, but it is now being introduced for use in hardware security. The company says its solution can enable a more secure and cost-effective class of devices and systems.

Weebit's ReRAM technology will be transferred to SkyWaterâ€™s production fab and then qualified for volume production by the end of 2022.